The Poetics of the Popular in Contemporary Indigenous Storytelling in North America (W.T.)

In his recent essay entitled “Popular Totems,” Laich-kwil-tach visual artist Sonny Assu critically assesses Native audience’s engagement with images of contemporary popular culture, stating: “[T]he fact of the matter is that my generation and the generation after me have felt the effects of consumer culture since we began to walk. And this is why I believe that, as pop culture generation, we have the right to use these icons as our own personal totems: we are so inundated by items and imagery of pop culture, we also have the right to use it as a way to dictate our own lineage. Yes, we are the Pepsi Generation.” (139). At the same time, US American critic Jennifer K. Stuller argues that “superhero stories are American culture’s modern expression of myth. . . . Modern myth serves a function similar to that of ancient myth, namely, telling and hearing stories helps us make sense of our lives. Narratives reflect the world and comment on it as they document events and also imagine them” (3). Taking my cue from these two assertions, the aim of my project is to examine closely a selection of twenty-first century works by Native American and First Nations Canadian authors that incorporate various aspects of mainstream Eurowestern popular culture. I am interested in what exact ways popular stories and icons become reinterpreted in order to mirror the issues that concern Native people of today’s North America, that is I am interested – in Assu’s terms – how they become “personal totems,” and what constitutes the significance of this reinterpretation. In my thesis, I argue that through the use of popular mythopoeic genres of fiction and alternative means of storytelling (other-than-print media, (fan) activity in cyberspace), these texts contribute to a revival and reformulation of indigenous mythologies and epistemologies so as to adapt them to the realities of the indigenous experiences within the present-day cultural moment, landscape, and mediascape. In my work, therefore, I am also concerned with modes and models of cultural relationality and cultural dialogic practices and pathways as implemented by North American authors/producers of indigenous origin. My corpus of primary material includes literary texts such as Drew Hayden Taylor’s The Night Wanderer, Joseph Bruchac’s Killer of Enemies, Jeffrey Veregge’s “The Undead Legacy of the King,” as well as APTN’s anime series Animism: The God’s Lake. 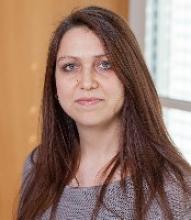