Constructions and Representations of Blackness in Halifax, Montreal, Toronto 1960-1990

Recorded history is selective in that it is largely written from the point of view of dominant people. As a result, important facts, events, as well as the voices of the marginalized were often not included in written histories. Black voices and those of the First Nations are the voices that have been omitted in Canadian history. When a “Canadian” is viewed as a person of European origin, the skin color of people of African descent marks them as different. In this dichotomy of ‘race’ those who are not white are presumed to be recent arrivals and often told to go back ‘where they came from.’ The history of Black Canadians, as my study will demonstrate, shows that Canada despite its diversity politics has a ‘race problem.’ It is characterized by a particular simultaneity: Blacks in Canada are both ‘visible’ as the Other and ‘invisible’ in the Canadian national narrative. Although Black people have made, and continue to make, significant economic, political, social, and cultural contributions to Canada, the complexity and diversity of Black Canadian experiences remain unarticulated. From the vantage point of racism, Black people have no “story” worth telling.

In my project I will explore and highlight diverse histories within Black Canada that have led to different ways in which Black Canadians have been represented in Canadian history and how Black Canadians themselves have constructed and represented themselves within Canada. It is important to note that Black Canadians vary extensively in their roots, with some born in the Caribbean, others in Africa, while yet others have been in Canada for many generations. Therefore, experiences and histories of longstanding Black Canadians and Black Caribbean Canadians, my two focus groups, differ. I will use historical case studies in urban spaces to highlight how blackness has been constructed and represented from 1960 to 1990. My historical case studies will be the following:

Collectively these case studies illustrate that blackness in Canadian has to be distinguished by the way in which it evolves and unfolds, contested and negotiated by both long standing Black Canadians and Caribbean Blacks, which highlight different meanings, experiences and histories of blackness in Canada. Rather than understanding Blacks in Canada as a monolithic group, in this project they are differentiated on the basis of geographical location, education, gender, age, class and other relevant categories. Blackness in this project is not understood as a fixed category but as one that changes through time and space. 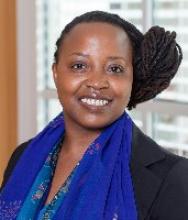