This project, located in the intellectual history, analyses the development and circulation of new concepts of participation in the Federal Republic since the 1970s. On the one hand, the protagonists of these concepts spread the idea that political participation might and should be practiced by deciding to purchase certain consumption goods. These goods were supposed to be produced and distributed while keeping socio-economic (“fair”) as well as ecologically sustainable minimum standards and to be non-hazardous to health (“bio”). On the other hand, there were appeals to explicitly behave like a consumer when it came to welfare state services. These two dimensions of politically-morally charged consumption produced terms such as “political consumer”. Accordingly, the social figure of the “political consumer” was supposed to, by way of selection decisions, influence solutions for problems at the fringes or beyond the steering possibilities of democratic societies. As a result, it was stated, the citizens´ opportunities to participate would be extended; vice versa also the responsibility of the consumer would be emphasized. On the one hand, these new ways of participation were market-like, due to legal equality, and on the other hand they were organised as a kind of protest. However, from these new claims to participation there also developed new interactions with several dimensions of inequality: firstly, when it comes to socio-economic inequality, as participation opportunities depend on material preconditions as well as those of education and information. Secondly, boycotts as well as the moral idealisation of the new citizen consumers resulted in inequality in the form of not accepting all those not responding to these demands. Furthermore, there developed new political-social lines of conflict, due to the discursive configuration of a new group of society, that is the “new educated citizen consumers”.As the starting point for we have decided for the Solidarity-with-Latin America-movement of the 1970s. The contacts of this movement to Church initiatives on the spread of a moral and political consumption awareness, leading to the founding of the so called (3rd or One) World Shops, are another field of analysis of the project. Parallel and in ideological as well as sometimes also personal connection to this there developed the bio-, eco or alternative movements, for which the moralisation and politicisation of consumption was a core element. In the 1990s, as a result of offensive labelling, this movement differentiated further. 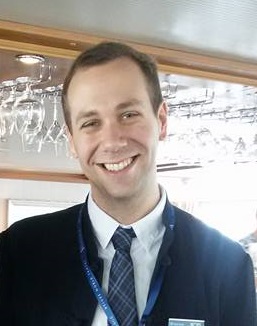