Investigating Heterogeneous Configurations of Transmigration and its Theoretical Implications

Transnationalism indicates increasing cross-border interactions of institutions, organisations, social groups and sole individuals, featuring various shapes of duration, continuity, and intensity, which range above and beyond at least two but often more nation-states, and thereby creating new social formations (e.g. relationships, networks, communities, fields and spaces) that arise out of the reciprocity of the exchange between nationally shaped and cross-border interactions. Reflecting its epistemological implications, I propose to contemplate the herméneutique-croisée principle (Lehmkuhl/McFalls 2012) when researching transnational phenomena. In my study, I want to investigate transmigration as a social practice, which I understand as part of the broader notion of transnationalism. Approaching migration as transmigration is widely spread in migration research, despite it being a contested concept. Transmigrants undertake recurrent border crossing activities (mentally and/or physically), often described as back and forth flows, while simultaneously keeping up ties to kinsmen, thus interconnecting both their country of arrival and that of origin, and thereby creating new social spaces. By using biographical narratives of young Polish-Canadians I will argue that the transnational way of living is not as coherent as current definitions would suggest. First empirical findings indicate heterogeneous configurations of transmigration and thus also more “types of transmigrants”, which can be analytically differentiated into bi-local and multi-local ones. The mobility experiences and orientations of the former type are clearly focused on the country of arrival and that of origin, whereas the latter type has extended experiences and orientations of mobility. It can be assumed that the different arrangements of transnational mobility patterns have significant effects on the linguistic, cultural, and social imprints of individual life trajectories. Hence, this proposition adopts a sociological perspective, which aligns the understanding and explaining (in the Weberian sense, see Weber 1972) of multifaceted transnational biographies and the social practices that constitute them. 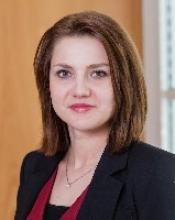