So far, research on the history of the New Women’s Movement in Germany has mainly focused on its development in large cities like Berlin, Frankfurt or Munich, where it started at the time of the student movement. However, there has been less research on the development and impacts of various new women’s associations, initiatives, and projects in smaller communities and rural areas since the 1970s.

By the example of the traditionally Catholic city of Trier and the region around it, the research project has studied the gradual spreading and social rooting of the objectives and values of the New Women’s Movement far away from the large cities in a medium-sized town and rural environment. The research field incorporates women’s associations, initiatives, and projects established during the 1970s and 1990s. Who were the protagonists and where did they get their motivation and ideas? What goals did they fight for and what were the local tensions and conflicts they became thus involved in? What kind of external support did they receive and who were their opponents? What were the reactions of established institutions, i.e. churches, religious welfare and educational associations, local politics and administration, or labor unions and chambers to the challenge posed by the women’s movement? What influence did new academic groups founded after the re-establishment of Trier University in 1970 have on the formation of movement initiatives, or what role did the national equality policies enacted in the middle of the 1980s play for the further development of the women’s initiatives?

The interrelations between the basis of the movement and established institutions have been studied by focusing on three central fields of action: education and culture, social support and counseling, and political initiatives. How were “old” and “new” values discussed in the local public and which conclusions for the change of values since the 1970s can we draw therefrom? In addition to the analysis of documents of contemporary history from archives and libraries, the project is methodologically based on the interviewing of witnesses (oral history) and historical network analysis. 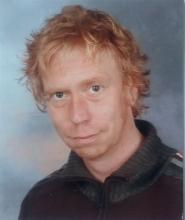