The Negotiation of Religion, Diversity and National Identity in Québec (2012-2014)

The aim of this project is a comparative analysis of the process of construction of national identity and its influence on patterns of diversity perception. By means of a detailed study of political and media discourses in France and Quebec, the project intends to compare the lasting discursive effects of key events on both nations during the period from the 1990s until the present. On the one hand, I will show how the societies memorise these discursive events and, on the other hand, what power they develop to influence the existing ideas of migration, cultural difference and diversity. 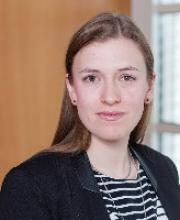